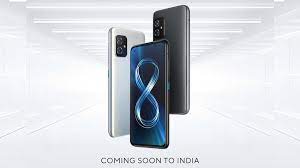 Asus India has officially confirms the launch of the Asus 8z in the country. But, the company is yet to confirm the launch date. Moreover, the Asus 8z is the non-gaming flagship smartphone from the brand, which was launched in select markets with Android 11 OS.

The company has now started recruiting testers for the Android 12 OS on the Asus 8z. It is globally known as Asus Zenfone 8, this means, the Asus 8z might launch in India with Android 12 OS along with stock UI. Asus has already released a couple of Android 12 beta versions. However, these updates were based on the AOSP build and didn’t include any Asus-specific features that are available on the Android 11 OS version. In addition, Google is yet to release the final stable build of the Android 12 OS, which is likely to happen along with the launch of the Google Pixel 6, which is highly unlikely to launch in India. Given this news, Asus might release the stable version of Android 12 OS as soon as it goes official, and the Asus 8z might even come with Android OS out-of-the-box.

Enroll in the Beta Test Program on the Asus 8z or the Asus Zenfone 8. You may do it from the Settings > System > System update menu. If Asus accepts your application for the beta testing. Then, you will be able to get Android 12 OS beta on the Asus smartphone. Moreover, you can only apply for beta testing between October 1 and October 13. The company also confirms that everything about the beta software is confidential. And the user should not share any information on public platforms.