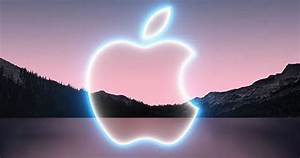 Apple is going to hold a launch event on September 14, which is just a few days away from now. Moreover, the company is going to unveil the most-anticipated iPhone 13 series, Watch 7, and other devices. The iPhone 13 may bring significant upgrades such as a ProMotion 120Hz display, improved cameras, and a better chipset. In addition, the company may also launch the Apple watch series 7, Apple iPad, and reveal the iOS 15 rollout date.

iPhone 13 series may be launched

Apple will also launch Apple watch Series 7 at the launch event on September 14. The report and renders reveals that the upcoming Watch series 7 will have Apple iPhone 12 and iPad Pro like square-edged design. Moreover, this will be a major redesign for the Apple Watch in recent times. The Series 7 will be available in 41mm and 45mm sizes up from 40mm and 44mm. In addition, it is rumor that the Watch Serie 7 will offer improvements to existing features like blood Oxygen measurement, irregular heart rhythm notifications and others.

Other than iPhone 13 series and Watch series 7, Apple is going unveil the iPhone mini and entry-level iPad. This new mini iPad will get power from A15 processor and also ship with an A13 chipset. Moreover, the new mini iPad may not come with a Home button in lieu of Face ID. However, the specifications are still a mystery.

Lastly, Apple will also announce the release dates of the iOS 15 and iPad 15 updates. Considering history, Apple has always pushed the stable version of its iOS updates after unveiling new iPhones. Thus we may expect the iOS 15 to be available on September 14th or few day later.