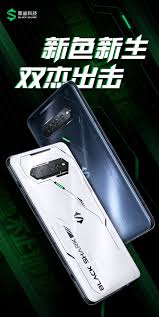 The changes are in the pattern of the back panel which makes use of more lines compared to its predecessor. It has been reported that the design was achieved using nanolithography. There is now a big Black Shark logo written on the back of the phone. And right below the camera housing is a small green LED. The poster confirms that the Black Shark 4S will be available in two colorways. One of which is a gorgeous white variant. Moreover, It has been reported that the Black Shark 4S will have a Snapdragon 888+ processor. Along with a display of 144HZ refresh rate, and support for 120W fast charging.The Back Shark 4S will be announced in China on October 13.