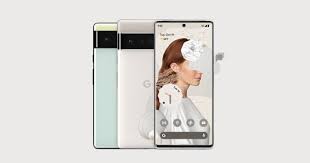 The company will bring the first set of device with new Android 13 update with moniker Google Pixel 6 Pro. Moreover, the beta version is now rolling out, and the Pixel 6 Pro appears online with this new updated Android. In addition, the device on Geekbench certification website reveals that the Upcoming Pixel 6 Pro will run on Android 13. However, the stable arrival of this update is still few months away. So, there are expectations that the device in under testing phase with latest beta version of Android 13.

Moreover, the listing shows that the device will arrive with 12GB RAM alongwith Tensor chipset. In addition, the listing reveals the device scores 1018 in single core test and 2627 in multi core test. The device features 6.7-inch LTPO OLED display with 120Hz refresh rate. The display will have protection from Gorilla glass Victus and has hole punch cutout at the centre housing front camera.