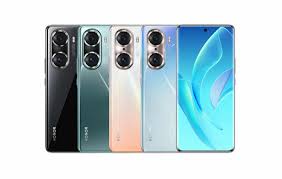 Honor is gearing up to launch the next number series under moniker Honor 70 series asa successor to Honor 60. Moreover, the company recently launched the Honor Magic 4 and Magic 4 Pro at the MWC 2022. In addition, the company is now ready to bring the Honor 70 series as it appears on 3C certification website. The listing reveals the charging speed of the upcoming device.

The company is soon going to introduce the upcoming Honor 70 series in market. However, there is no official confirmation on the launch of the upcoming device. But, the launch seems imminent as the device appears on 3C certification website in China. The listing shows that the device will have model number FNE-ANOO. Moreover, the listing suggest that the series will arrive with 66W fast charging support same as Honor 60 and 60 Pro. Furthermore, the device will support 10W (5V, 2A) and 40W (10V, 4A) charging speed. Additionally, the device wil have 5G network connectivity. Other than this, there is no details of the device online up till now.