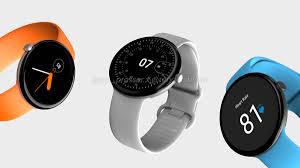 The company is soon bringing the Google Pixel Watch. And ahead of the launch, there is design leak of the device. Moreover, the report suggest that the device with codename ‘Rohan’ will be in the category of premium smartwatches. In addition, the device will run on latest Wear OS version that would possibly be Wear OS 3.1. However z the company in partnership with Samsung brought the wear OS 3.0 earlier. Furthermore, the image shows that the Pixel has round display with digital crown at right side of the watch. Additionally, there is heart rate icon, steps count, and a Fitbit integration icon at the display. The image further confirms that the device will also have heart rate tracker, and have other basic features.