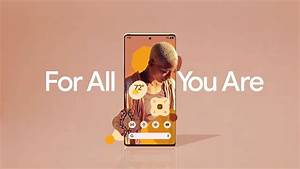 Google Pixel 6 series is all set to launch in October in several markets. However, the phone will not make it to India. Amongst other aspects, pricing is something a lot of people will look out for. And Google Pixel 6 Pro is already being ‘Expensive’ by Google SVP of Devices and Services Rick Osterloh. Moreover, this comes despite Google deploying its in-house Tensor Chip. This would technically have a healthy effect on the device’s pricing. In addition, Google’s official specs teaser and unveiling of Google pixel’s design gave us idea of insight on the upcoming Google Pixel 6.

Google discloses the design of the Google Pixel 6 series last month. In addition, they also revealed some of the highlights of the hardware such as Tensor chipset. Moreover, the tensor chip has been developed in-house and take pages from Google’s expert book of server technology.

According to Youtuber M. Brandon, one model of Google 6 will start at 649 in European money that is approx Rs 56,250. While another model from the Google Pixel 6 Pro will cost around 899 in European market which is around Rs. 77,919. Talking about specs,

The Google Pixel 6 colours were previously shown off when Google took the covers off of the new design language on the Pixel 6 line. From there, we know that the Google Pixel 6 line will be getting five shades of colours between the two model lines. These five colour options are – red, green, black, silver and gold. But it is expected that Google might coin some quirky names for its shades. This is Tech Today‘s source also claimed that the black and green colour palette is going to be called “carbon” and “fog” respectively.

It is also reported that the Google Pixel 6 line will be launched on October 19th and will be released on October 28th.