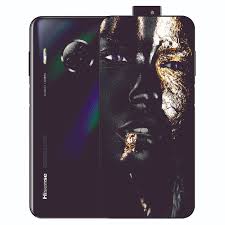 HiSense is soon bringing the H50S in the market. However, its global launch is not decided yet, but its arrival in South Africa is locked now. The company Officially announced the device on its official Twitter account.

Moreover, the device will get 6.78 inch large display with resolution of 1080×2460 pixels. In addition, the device will get power from the MediaTek Dimensity 700SoC processor couples with 8GB RAM and 128GB internal storage configuration. The device will feature a thin bezels with punch hole cutout housing the front camera. Furthermore, there are rumors suggesting that the device have an quad rear camera setup with 16MP primary lens. Lastly, the device may house 5000mAh battery with or with fast charging support. The report also suggest the presence of side power button working as fingerprint sensor.