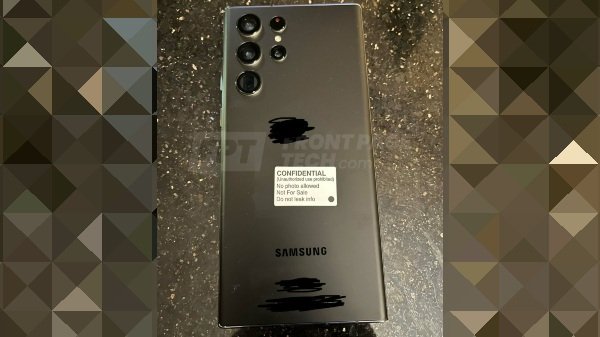 Samsung will now launch its most awaited S22 series next year. Now, the tipster Front Page Tech reveals the picture of Samsung Galaxy S22 Ultra. Moreover, looking at the picture, it seems like the company is bringing the S22 Ultra model some what same as that of Note model. Thus, its clear that company is establishing relation between the S series and Note series to make a bigger flagship. Like the , Samsung Note 20 Ultra, the Samsung Galaxy S22 Ultra will also have a flat design with S shape pen. The device will be the first S series phone to have pen included in it. In addition, the real life photos suggest that the phone will have curved display with punch hole cutout housing the front camera.

Talking about imaging, the device will sport quad rear camera including 108MP primary wide angle camera with 12MP ultra wide angle lens. Along with 10MP 3x optical zoom telephoto lens and 10MP 10x optical zoom periscope zoom lens. Furthermore, the real life picture of Samsung galaxy S22 Ultra depicts that the company is trying something big with this S series flagship. However, the device specs are giving thrill about its performance and will get to know better once it get launch.