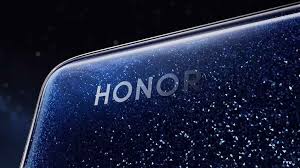 Honor is prepping up to launch its next 60 series which will be its next premium smartphone in the country. The device specifications are already surfacing from past few weeks. Moreover, the Honor 60 series will first launch in China which is decided to arrive in December 1. However, there is not any confirmation whether the company will release all three devices or not. The company is going to unveil the Honor 60 standard model, Pro model and the SE model. In addition, there is reports suggesting the details that leaked out before launch.

Honor is bringing the successor of the Honor 50 series in the form of Honor 60 Series which will have upgraded features. Moreover, there is reports that the Honor 60 series will make its official entry in China on December 1. The report shows the teaser video confirming the offerings of the device. As per the report, the upcoming Honor 60 series will have a curved display and may have a color scheme like starry sky. Moreover, the earlier leaks confirms that the display will have a pill shape rear camera module housing two circular cutouts. These two cutouts will have four camera setup housing two sensors in each. However, there is details regarding camera sensors till now.