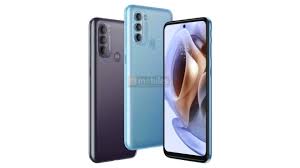 Motorola is now launching its devices back to back and lining up other devices for the next launch. After the reports that the company is planning to Launch Moto G200 in India soon, there is another report surfacing online regarding the upcoming device Moto G31 in India. Moreover, the Moto G31 along with the other G series smartphones Moto G41,G51, and G71 arrived in global market week back. In the latest development, there is report suggesting the launch timeline of the upcoming Moto G31.

The company is now going to launch the G series budget smartphone Moto G31 in India after global launch. Moreover, the new report suggest that the company may launch the device by the end of November or early December. However, the launch dates are not out yet. But,there are chances that the company may unveil the launch dates soon. The current report contradicts the previous report that suggested the company is bringing Moto G31, G51,and the G71. But now, it seems only Moto G31 will make its debut in the country. The other reports also suggest that Moto G200 is also making its entry in India very soon.

Talking about pricing, the upcoming Moto G31 will have a price range of €199.99 that is around Rs 16,800 in India. However, there are speculations that the device may debut in India at price of Rs 15,000. The launch dates are still not out but may expect to arrive on 1 December with the upcoming Moto G200.