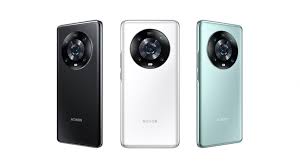 Honor is now all set to launch the Honor Magic 4 series, after launching it in China. Moreover, the company schedules the global launch on May 12. The company Officially reveals the launch date and specifications for Europe. The device will launch at 7PM BST i.e 11:30PM IST on May 12. In addition, the device was earlier on UK and France official Honor website. Thus, it hints that the device will arrive in other international markets.

Honor Magic 4 series arriving on May 12 in Europe

The company is soon going to bring the upcoming Honor Magic 4 series in most of the global market. For now, the company schedules the launch of the device in European market only on May 12 at 11:30 PM IST. In addition, the series will have 6.81-inch punch hole cutout housing front camera. Furthermore, the device will feature LTPO 2.0 OLED display 1312× 2848 pixel resolution and 120Hz refresh rate. The device will get 360Hz touch sampling rate with 460 PPI pixel density and 1000 nits peak brightness.