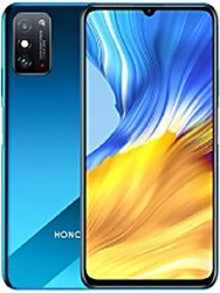 Honor is launching their smartphone one after one making its place and popularity in the Smartphone market. After parting from its former brand Huawei, Honor has launched many smartphones this year. Many are still on the pending list and the rest are already available in the market. Moreover, the company adapts to the modern market and introduces devices with 5G connectivity support. There is a benchmark set up by the new honor smartphone from the X series suggesting the final testing phase and early launch.

There is a new Honor smartphone which is expecting to be launched soon in the market officially under the name Honor X20 5G. The Honor X20 5G may launch on August 12 in China. But no officials announcement for this device is out yet. However, there are rumors about the phone details in the air creating a buzz among smartphone junkies.

The honor X20 5G has already made its appearance on various mobile authentication websites. This smartphone was also on the 3C certification website and on TENAA. Moreover, It also appeared on the Geekbench certification listing, where it confirms a few key details and specifications. These details are regarding processor and RAM. The database of the listing reveals the score as well as few more details.

The listing reveals the model number of the smartphone which is Honor NTN-AN20. The model number is the same on the other two certification websites making the hints of imminent launch even stronger. The listing reveals that the model processor is ARM MT6877V/ZA with 8GB RAM. Moreover, the MediaTek Processor has a market name Dimensity 900SoC. In addition, it also reveals that the octa-core processor has Mali-G68 GPU support and a base frequency of 2.0 GHz. There is the possibility that the storage capacity would be 128GB. As per, Geekbench database, Honor X20 5G will come with Android 11.