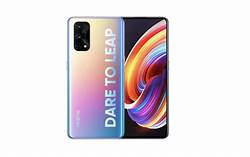 Realme X7 was available in the Indian market which was launched with Android 10 based UI in February. But, now the smartphone is getting its update into Android 11 based Realme UI 2.0. Moreover, the news is that the new update comes with a firmware version of RMX3092_11.C.05.

The new updates have a lot of new features and improvements. These features include three dark modes which include enhanced, medium, and gentle options. Additionally, it gives an option where the user creates their own wallpaper by picking colors from photos. And can also remove a folder or combine it with another one. Moreover, the new update also lets to share your hotspot with others via a QR code, create multiple backups on phone and among others. However, this smartphone was available with features such as 6.4 inches full HD super AMOLED display and punch hole cut out for selfie camera. In addition, it has 8GB RAM and extends up to 128 GB storage along with a MicroSD slot. The Realme X7 is currently available at the price starting at Rs. 18,999 and Rs. 20,999 in India.