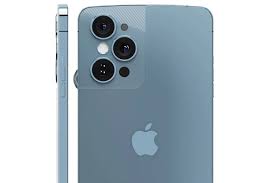 Apple is working to bring the upcoming iPhone 14 series most probably in September. Moreover, ahead of the launch there are reports surfacing online regrading the iPhone 15 series. In addition, there is an omdia report with the courtesy of PhoneArena suggesting that the upcoming iPhone 15 models will get similar display as that of upcoming iPhone 14 series. Furthermore, the report also suggest that company will continue with its hole punch cutout display. However, it is Apple’s tradition to surface its next arrival before the launch of current work. The iPhone 14 news has also surfaced online ahead of the launch of iPhone 13.

The company is soon to launch its iphone 14 series. And before that, there are rumors surfacing online about the next year device iPhone 15 series. Moreover, the report from Omdia states that the company’s 2023 device iphone 15 will get similar display as that of iPhone 14 series. However, there are reports suggesting that the upcoming iPhone 14 series will have 6.1-inch and 6.7-inch display. So by going through reports, the upcoming iPhone 15 and 15 will get 6.1-inch display. And the iPhone 15 Max and 15 Pro Max will have 6.7-inch display. Furthermore, the report also suggest that the all four devices of series will have punch hone cutouts.

Moreover, this year company is bringing the Pro models with hole punch cutout and pill shape cutouts. Whereas, the non Pro models will arrive with wider notch similar to iphone 13. Other than this, there are no additional information regarding the devices at the moment.