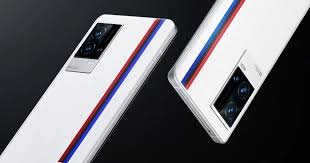 iQOO after launching the iQOO 8 series, now gearing up to bring the next number series smartphone under moniker iQOO 9 series. Moreover, there is report from the Chinese tipster confirming the launch of iQOO 9 series. As per the tipster, the company may introduce the iQOO 9 series in the second week of January 2022. However, the reports doesn’t share the specifications

Moreover, the previous devices iQOO 8 and the iQOO 8 Pro came with thr Snapdragon 888 and Snapdragon 888+ processor. Thus, we may expect the upcoming iQOO 9 series to have chipset which is upper level than the previous one. Furthermore, the company confirms that their next device will get power from the Snapdragon 8 Gen 1 processor. However, there is chances that the iQOO 9 Pro will have this Processor not the vanilla model. The vanilla model may arrive with Snapdragon 888 processor or the Dimensity 900. There are vary limited details about the device till now. Thus, we expect the company to unveil few details in upcoming weeks.

The earlier reports suggest that the device may arrive in the country after the China’s launch that means most probably in February 2022. In addition, the device may debut with 120W fast charging support. We have no details on the battery capacity yet but we may speculate that the device will have strong battery backup. Apart from this, the company is also working to launch the iQOO Neo 6 and iQOO Neo 6 SE this month.