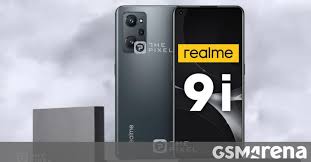 Realme 9i leaked specifications and details

Realme is bringing the Realme 9i next year as it is airing online from past few weeks. Earlier, the report suggest that the device will get power from the MediaTek Helio processor. But, this report seems inaccurate as the new report says something else. According to the new report, the upcoming Realme 9i will have Octa-core Qualcomm Snapdragon 680 processor. This Processor is the fastest 4G processor with 6nm LPP process.

Moreover, the new report suggest that the device will arrive with 90Hz refresh rate with FHD+ display resolution. In addition, the upcoming device will have LCD screen same as that of the earlier device Realme 8i. The device will also have 50MP primary camera setup. There are earlier reports sharing the design renders of the device. The design renders hints that the device will have somewhat similar design pattern than that of Realme GT Neo 2. Furthermore, the Realme 9i is arriving in January. Whereas the other devices of the Realme 9 series may arrive later. However, the exact launch date is still under wraps.