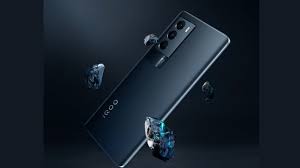 The Vivo sub brand iQOO schedules to launch the upcoming iQOO Neo 5s and Neo 5 SE on December 20 in China. There are reports suggesting that the Neo 5s will arrive with Snapdragon 870 chipset and will carry 50MP triple rear camera setup. In the latest development, there are official renders that the upcoming iQOO Neo 5s will sport triple rear camera unit with OIS technology. Moreover, as per today’s report from the Chinese manufacturers, the device is said to have 48MP primary sensor. In addition, there is also camera samples airing all over the internet.

The camera manufacturer of the iQOO Neo 5s reveals the camera samples alongwith its details. Moreover, as per the samples, the camera’s dynamic range is over the top and also overs realistic color reproduction. In addition, the primary camera offers an f/1.79 aperture with 25mm focal length and OIS support. However, the other camera sensor details of this device is still underwraps.

Moreover, the reports suggest that the device will have Sony IMX598 primary lens alongwith 16MP front facing lens. In addition, the other device i.e iQOO Neo 5 SE will arrive with pre-installed OriginOS Ocean UI based Android 11. This would be first phone to have such Android Operating system. Furthermore, talking about offerings, the iQOO Neo 5s will arrive with 6.56 inch OLED FHD+ resolution display and 120Hz refresh rate. The device will get power from the Snapdragon 888 processor with 12GB LPDDR5 RAM, 256GB of UFS 3.1 storage configuration. However, there is no details on the other specifications and price details of the device.