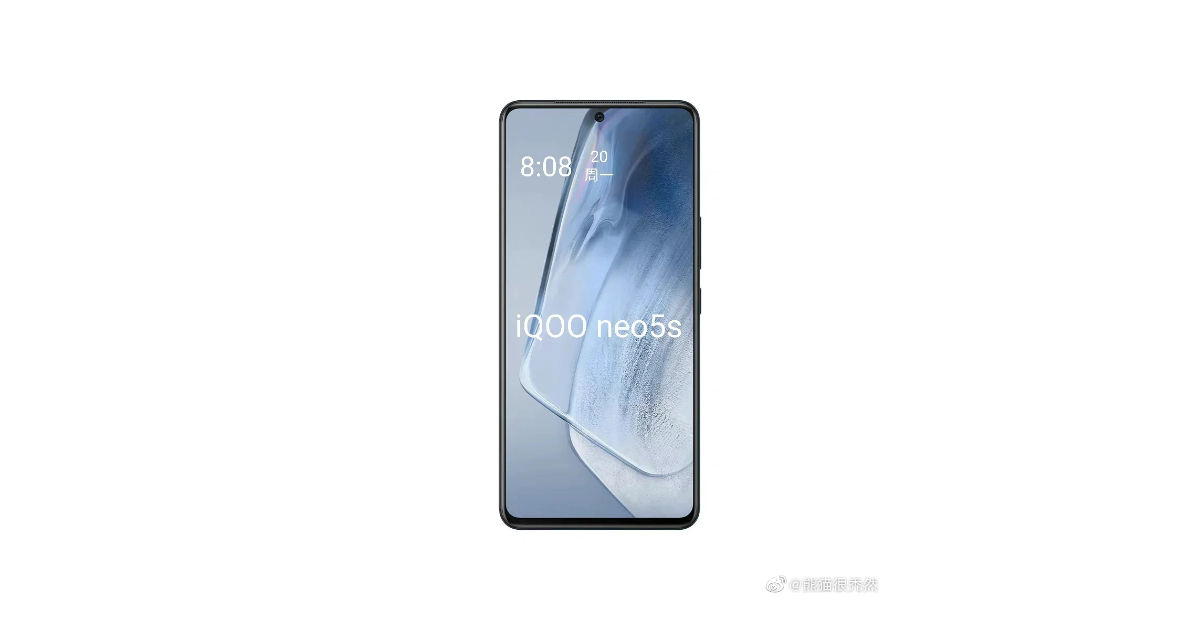 iQOO is now gearing up to launch the next two Neo series smartphone under moniker iQOO Neo 5s and iQOO Neo 6 SE. The company will first bring these devices in Chinese market, then later followed by the global launch. However, the launch date is still under wraps. Moreover, the recent report from the Weibo reveals the image and the key specs of the upcoming iQOO Neo 5s standard model. In addition, the renders and specifications suggest that the iQOO Neo 5s will have punch hole display at the centre of the screen. As per the images, the device will have volume rocker and the power key at the right side.

The company is all set to bring the latest two smartphones from the Neo flagship. The two devices iQOO Neo 5s and the Neo 6 SE will arrive soon in China. Moreover, talking about specifications, the leaked images reveals that the device will get power from the Snapdragon 888 processor. In addition, the upcoming iQOO Neo 5s will arrive with 8GB RAM and 128GB internal storage configuration. The device will run OriginOS Ocean Edition, howsoever, there are no details on which Android will this OS is based on. Furthermore, as per the previous leaks, the device will have 6.66 inch OLED FHD+ resolution with 120Hz refresh rate. Additionally, it will have in-display fingerprint scanner for security.

Apart from the iQOO Neo5s, the company will launch the Neo 5s SE at same time. The iQOO Neo 5s SE may not have Snapdragon 778G processor along with 66W fast charging support. However, the launch dates are still under wraps, but as the details are surfacing online frequently, we may expect the launch dates to be around the corner.