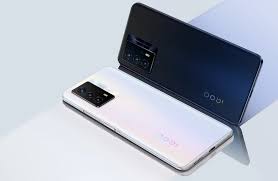 The iQOO company is now prepping up to launch the Neo 6SE very soon in China. Moreover, the mid range smartphone appears on 3C listing before the launch. The device will support 66W fast charging with 5000mAh or 4500 mAh battery. In addition, the device was also on the IMEI database previously revealing that the device will have model number V2157A. This confirms that the upcoming smartphone is iQOO Neo 6SE only. There are no other details surfacing other than this.

Furthermore, the Weibo leakster claims few key specifications regarding this upcoming smartphone. As per the leaks, the device is likely to get power from Qualcomm Snapdragon 778+ SoC. In addition, the device is said to come in three colours. However, the color options are still under wraps. Lastly, the report claims that company initially plans to launch iQOO Z5 Pro. But, now is bringing iQOO Neo 6SE instead. There are no official dates confirmed by the company yet, but we may expect dates to come soon.