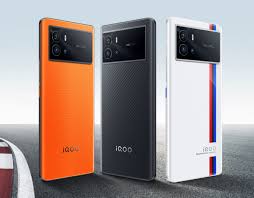 iQOO is planning to launch its upcoming 9 series smartphone in India after announcing it in China. Moreover, the company confirms the India launch as it teases the device during BGMI showcase. In addition, there is microsite live on its website revealing the specifications of the upcoming iQOO 9 series Indian variant. In the recent development, the YouTuber uploads the video claiming that the series will launch in India later this month. The video reveals that the company will bring three phones in this series, instead of two devices. Thus, the upcoming iQOO 9 series will include the iQOO 9, 9 Pro, and 9 SE.

The company will bring the upcoming iQOO 9 series including the standard model, 9Pro, and 9Pro SE. Moreover, the report suggest that the iQOO 9 Pro and iQOO 9 vanilla arriving in India will have combination of iQOO 8 and iQOO 9. However, the upcoming Indian variant of the iQOO 9 series will have complete different specifications with that of Chinese variant. There is video revealed that confirms the specifications of the iQOO 9 series Indian variant. As per the video, the upcoming iQOO 9 SE will be most affordable smartphone in this series. In addition, the device will have 6.6-inch AMOLED FHD+ display with 120Hz refresh rate.

Furthermore, the device will get power from the Snapdragon 888 processor with triple rear camera setup. In addition, the tipster mentions that the device may arrive with iQOO 9 SE will arrive arround the price range of Rs 35,000.