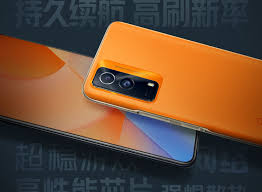 The company recently launch its latest iQOO Z5 in the market. And now, working continuously on its next Flagship iQOO Z5x. Moreover, the company confirms that they will bring this upcoming smartphone on October 20. Ahead of launch, the device undergoes many online rumors and has been spotted on various certification websites. The latest development is that now the company officially reveals the details.

The company shares a teaser on its official website Weibo revealing its processor details. The teaser reveals that the device will have a Dimensity 900 SoC. Moreover, the report suggest that this Octa-core MediaTek 5G Chipset has a 6nm architecture. It has two Cortex-A78 cores clocked at 2.4GHz and six cortex-A55 cores clocked at 2GHz. In addition, there will be a Mali ARMG68 GPU support to the processor.

Talking about other features, the details are already surfacing online with courtesy of various leaks and rumors. The device is said to get a 6.58-inch TFT display with 1080p FHD+ and 90 to 120Hz screen refresh rate. Moreover, the report suggest that the phone will have centrally aligned 8MP front camera housing in the punch hole cutout. In addition, the device will arrive with dual rear camera including 50MP primary sensor with additional 2MP sensor. Furthermore, the device will have a RAM of 6GB and 8GB along with storage configuration of 128GB and 256GB. The Phone will run Android 11 out of the box housing 5000mAh battery with 44W fast charging support.