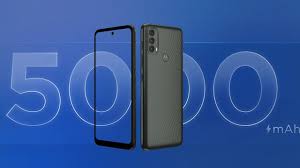 Motorola recently introduced its device Moto G60 this year and now gearing up to launch its predecessor Moto G70 and G71. However, the Moto G60 was a 4G smartphone. Thus, unlikely the company is planning to bring a 5G compatible device this time. Moreover, the Moto G71 recently hit the FCC certification website revealing few key details. The listing reveals that the device has a model number XT 2169-1. This model number was revealed by previous leak revealing that this model number has a code name called ‘Corfu’.

Specifications of Moto G71 by FCC

Moreover, the other details about the upcoming Moto G71 are under wraps. But we may expect that the company would introduce it this year. And most probably it would be available in Europe and the United States first. However, we may expect that it will run on Android 11 based on Motorola My UX. Also it may later get an Android 12 update.