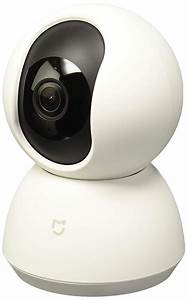 Xiaomi confirms that they are bringing Mi Security Camera to India. The company will launch this security Camera at the Mi Smarter Living event. This event will be on August 26th at 12 noon. Moreover, the launch event will be live streaming on Xiaomi’s social media channels. The brand confirms the Security camera launch, along with the launch of Mi Notebook, Mi TV 5X, and Mi Band 6. The launch is launching many other devices too.

Xiaomi announces the launch of Mi Security Camera through a teaser video on its Twitter handle.

The company has also published a microsite of the upcoming offering on its website. The device seems to be a rebranded variant of the Mi smart Camera PTZ Pro in China. However, Xiaomi already offers Mi Home Security 360 and Mi Home Security camera Basic in India.

In the interaction, the company executive Raghu talks about the security camera. He says that ‘We thought it will be required in homes for people to keep a track of their kids. Or you know some elderly people at home or their pets, etc. But when we actually look around, we see what all it’s been used for and it amazes us,’. He added, “We’ve seen people use it for their shops which I think is easier to understand. But what was really amazing was we actually saw people using it in their farms to actually track stuff. People used their internet dongle for a WiFi connection there. And set up a security camera and get the feed in their home far away from their farms overall. So, we realized that you know some of these products have actually helped improve the life of a lot of people.”

Furthermore, this Mi Security camera will offer the next generation of smart security and superior quality. It may feature a privacy shutter to block the camera lens when not in use. In addition, this will come with dual-band WiFi for smoother connectivity. That’s all details we got from the Xiaomi microsite till now.