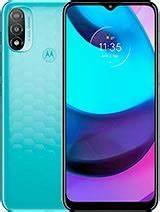 Motorola is gearing up to introduce the Moto E20 and E30 smartphones very soon. There are many leaks regarding these devices. However, the launch dates are still not out. We already know the design specs and renders of Moto E20 from the renowned leakster Evan Blass. The leakster mentions in his tweet that the Moto E20 will have a codename as Aruba. In his tweet, he also revealed the display size, camera specs, and battery capacity information. Now, the latest development regarding this phone is that this Moto E20 now appears on the Geekbench website. The smartphone passes the Geekbench listing test. Moreover, according to the Geekbench test result, the device will be powered by a 1.6GHz Unisoc Processor with 2GB RAM.

According to the Geekbench listing, the Motorola device carries a moniker as a Motorola Aruba which is the codename for Moto E20. Moreover, the listing reveals that the device will be powered by a 1.6Ghz octa-core Unisoc chipset. In addition, it will come with 2GB RAM and run on Android 11 out of the box. The Mali G57 GPU will handle the graphical performance of the device. Talking about scores in the Geekbench 5 test, the device manages to score 273 in the single-core test. Whereas, 712 points in the multi-core test. On the other hand, the smartphone manages to score 1467 and 4621 points in the single and multi-core tests of Geekbench 4 respectively.

Furthermore, the smartphone will feature a 6.5-inch HD+ display with a dual camera and a waterdrop notch display. The Camera will include a 13MP main lens with a 2MP depth sensor. In addition, the phone will come with a 4000mAh battery and include a 5MP selfie camera as well. These details are just leaks and there are no official announcements yet. However, we expect the launch dates would be in the upcoming weeks.