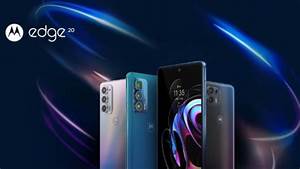 Motorola with its new smartphone is all set to establish its name in the market once again. we know that Motorola is going to launch new phones which were spotted on many certification websites. But, the wait is over as the company will launch these smartphones on 17 august 2021. Moreover, this is confirmed news as the product page of these two phones is now live on Flipkart. In addition, the report says that Motorola has recently made these smartphones official globally. The company has to launch three phones under the name of the Edge 20 series. However, the company will launch only two phones in India which are Edge 20 Fusion and Edge 20 Lite.

The Motorola Edge 20 series is a successor of the Edge series which the company launched last year. Moreover, the Edge 20 series will feature a design similar to the iPhone 12. There are few pictures of this series that reveal the built of the device. Additionally, the phone may have thin bezels around the corner and curved edges. It is also said that it is the slimmest 5G phone in India.