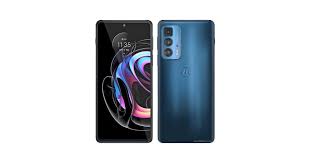 Motorola is gearing up to launch its next flagship Moto Edge X and recently teases its arrival via its official Twitter account post. Moreover, this Moto Edge X will come under moniker Moto Edge 30 Ultra as shared by TechnikNews. In addition, the device was also on the 3C certification confirming the presence of 68W fast charging support. The recent reports from TechnikNews suggest that the device will arrive sometime in January next year.

Moreover, the Moto Edge X will get Android 12 and will get two upgrades in Europe. And, the Chinese variant will have Android 13 update. Talking about imaging, the device will have triple rear camera including two 50MP camera and a 2MP OmniVision depth sensor. In addition z the device will house 60MP selfie shooter housed in punch hole cutout. Furthermore, the device houses 5000mAh battery with 68W fast charging.