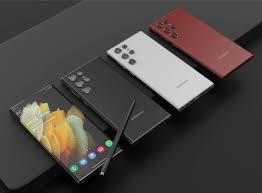 Samsung is now all set to launch its next generation flagship Samsung Galaxy S22 series next year. The tipster Jon Prosser reveals the launch date of this upcoming series via his twitter post. As per his report, the Samsung will bring the upcoming S22 series on February 8 2022. Moreover, there are reports that company will host the unpacked event to unveil these smartphones just like it’s previous flagship smartphones. The tipster further states that the brand will host the unpacked event at 10AM ET that is around 8:30PM IST. In addition, the device will also have its Pre-order. The tipster states that the Samsung Galaxy S22 pre-order will start from the same day when it will launch that is on February 8 2022. Additionally, the sale will probably start from February 18.ú

Moreover, the specifications and details of the device are already surfacing on the internet. In addition, the tipster Jon Prosser also leaked some hands-on image of the Samsung Galaxy S22 Ultra. These images hints at the presence of punch hole cutout with curvy edges. There is also slot for the S pen and has Quad rear camera with an LED Flash. The device is said to arrive with the latest Snapdragon 898 processor.