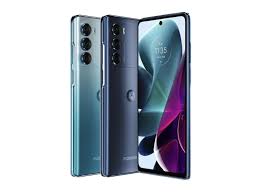 Motorola is soon going to launch the Moto Edge S30 in Chinese market. The Lenovo product manager confirms that the company will introduce two new device very soon. And, the other one will feature LCD screen. Moreover, in the recent development, tipster Digital Chat station on Weibo reveals that few key specifications of the upcoming Moto Edge S30.

The company is gearing up to bring the upcoming Moto Edge S30. However, this device will arrive first in China, and may be later in other markets. Moreover, the tipster reveals that the device will get power from the Snapdragon 888 plus processor. In addition, it will have an Octa core SoC with ARM Cortex X1 prime core clocked at 3GHz, and three cortex A78 cores clocked at 1.8 GHz. Furthermore, the device will feature 6.78 inch LCD display with 144Hz screen refresh rate. The device will house 4700mAh battery with 33W fast charging support. Talking about camera specs, the device will have 108MP primary camera and will weigh 202 grams with 8.8mm. in addition, as per the leaks the upcoming device will be among the devices in this year featuring LCD panel.

The report suggest that upcoming Moto device will be almost similar to the previously launched Moto G200 apart from the battery specs. However, the launch dates are still under wraps. But, we may expect the company to reveal the launch date soon.