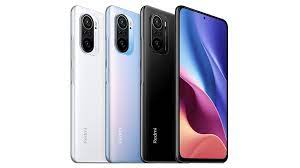 Xiaomi has announced several phones this year but it will be naive to expect they are done. While we expect at least 5 new phones before Xiaomi calls it a year. Moreover, a new leak has revealed the Chinese manufacturer has a Snapdragon 870 smartphone coming soon. The source has also revealed some of the device’s specifications. The Snapdragon 870 is a popular chipset that several manufacturers have adopted for use not only in phones. But also tablets. Xiaomi itself has announced three devices powered by the processor – the Mi 10S, the Mi 11X, and the Mi Pad 5 Pro. Now, it is set to announce a fourth one according to the Weibo user @Bald Panda.

New Xiaomi Phone will have Snapdragon 870

According to the source, the phone will not only have a Snapdragon 870 processor, it will also have a curved display with a punch hole and a 120Hz refresh rate. The display will have an FHD+ resolution and not a 2K resolution as some of Xiaomi’s recent flagships have. Moreover, for the cameras, there will be a 20MP sensor inside the punch hole while the primary rear camera will be a 108MP sensor. He also mentions that there is a possibility of the device having a telephoto camera that brings 3x optical zoom. But he isn’t sure. Inside the phone will be a 5000mAh battery with support for 67W fast charging.

There is no mention of the device’s name neither did the source say when we should expect the phone to launch. We believe more details will surface in the weeks leading to the launch of the phone.