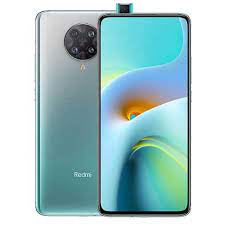 Xiaomi is continuously launching several new smartphones hitting the global market week after week. Now, the company is gearing up for another launch, namely the Xiaomi CC11 Pro. Moreover, the Xiaomi phone with the number 2109119BC appeared on TEENA certification, indicating an imminent launch. In addition, the listing reveals most of the Xiaomi CC11 Pro’s specifications.

The TEENA listing of the Xiaomi CC11 Pro reveals several specifications. For one, the upcoming Xiaomi phone will flaunt a 6.55-inch OLED panel with 3840 x 2160 pixels resolution. Moreover, the display will be capable of displaying 1B colours, making it stand out from the crowded smartphone market. Also, there’s an under-display fingerprint scanner. In addition, the Xiaomi CC11 Pro is going to be quite a powerful phone. It’ll get its power from an octa-core processor clocked at 2.4GHz. And, it’ll be a 5G phone with both SA and NSA network support. Moreover, a powerful 4,400 mAh battery on the Xiaomi CC11 Pro was on the listing. Apart from this, the TEENA listing also reveals the camera specifications of the Xiaomi CC11Pro model. The upcoming Xiaomi phone will pack a triple-camera setup with a 64MP primary sensor and two 8MP supporting cameras. The selfie camera details are still under wraps.

Xiaomi is said to announce the new smartphone in two variants, namely the Xiaomi CC11 vanilla model and the Pro variant. Also, Xiaomi is dropping the Mi name tag and sticking to only the Xiaomi branding. For all we know, this could be the first Xiaomi-only phone to arrive in India.