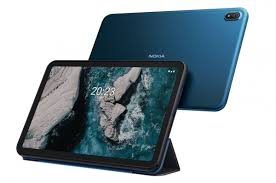 Nokia is coming with new Android tablet Nokia T20 Tab which is scheduled to launch soon. Looking at the recent launches, there are many smartphone vendors who are stepping into tablet market such Realme, Motorola, and Lenovo. Following that, Nokia also jumped into race with its upcoming Nokia T20 Tab. Moreover, the company launched this tab earlier this month in the global market. And now, all set to release it in India. The company also teases the phone on the online site Flipkart revealing its offerings.

Talking about specs, the Nokia T20 Tab features 10.4inch 2K display with 2000×1200 pixel resolution. In addition, the display panel will have 226PPI, 400nits of brightness, and 60 Hz refresh rate. The device will get power from the Unisoc 12nm Tiger T610 chipset coupled with 3GB/4GB RAM and 32/64GB internal storage configuration. Moreover, the device houses 8200mAh battery with 15W charging support which is indeed a big battery. As far as imaging aspect is concern, the device comes with 8MP rear camera with LED flash. In addition, the tablet sports 5MP selfie snapper. The upcoming tablet Android 11 out of the box with 2years of OS upgrades and three years of security patches.