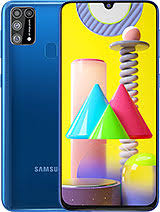 The South Korean giant tech company Samsung is gearing up to launch its upcoming Samsung Galaxy M33. This device will be successor of previously launched Samsung Galaxy M32 5G. Moreover, the new reports suggest that the device will arrive in next year officially. But, there is no official confirmation from the company about the launch date yet.

Samsung is prepping up to introduce Samsung Galaxy M33 5G in early 2022. Moreover, according to Galaxy club report, the device with SM-M336B model number is under development and will soon be unwrapped. In addition, the device also reveals about its 2022 launch. The company may also bring the A32 successor, Samsung Galaxy A33 in 2022. The report did not reveal any key features about the upcoming M33 device.

As per the previous reports, the Galaxy M32 5G is going to be rebranded version of the Samsung Galaxy A32. Thus, there is possibility that the it may follow some traits of the Galaxy M33. This hints that M33 5G might launch as rebranded of the Galaxy A33. Moreover, the company may spell out some of the details in coming days. Apart from these two devices, the company is also planning to bring few other devices such as Galaxy A13, Galaxy A53, and the Galaxy A73. These smartphones are also likely to come in 2022. However, there is not lot information regarding this, but we will get some updates in coming days.