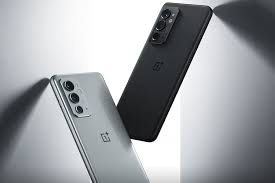 OnePlus is all set to launch the upcoming OnePlus 9RT in India very soon. The device is already surfacing online giving all the idea about its offerings. However, the launch dates are still not officially announced. Moreover, the latest report suggest that the upcoming OnePlus will arrive with different moniker in India.

The company will unveil the OnePlus 9RT shortly under different moniker. The tipster Mukul Sharma shares that the device on the Google supported devices list recently and it was there with moniker OnePlus RT not the number. In addition, the tipster claims that the same device was on BIS certification with model number OP5154L1. However, There is no official words regarding this, its merely a speculations.

Moreover, talking about specs, the upcoming device will similar features as that of the Chinese variant. So, the device will sport 6.62inch AMOLED 1080×2400 resolution display and the 120Hz refresh rate. In addition, it will also have the HDR10+, sRGB, and P3 color modes. The device will get power from the Snapdragon 888 processor along with up to 12GB RAM and 256GB internal storage configuration. Furthermore, the device will house 4500mAh battery with 65T wrap fast charging support. Moreover, according to tipster Yogesh Brad’s October report, the device will arrive in India between the price range Rs 40,000 and Rs 44,000 in the Indian market.