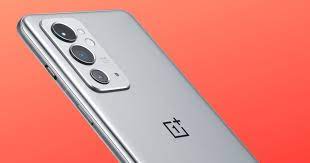 OnePlus has confirmed the OnePlus 9RT launch date. The upcoming OnePlus flagship will debut in China on October 13. We are still unaware about the smartphone’s launch date in India. OnePlus is expected to launch the phone in India in October or November. Meanwhile, the company has confirmed some of the key specifications of the 9RT. These include details of the performance unit and the display. The confirmation comes after the design render images of the 9RT were leaked. It also confirms some of the leaked specifications reported earlier this month.

OnePlus 9RT launch in China is slated for October 13. Ahead of the official launch, the company has confirmed the device’s processor and other details. The 9RT will come with the same Snapdragon 888 SoC found on the OnePlus 9 and 9 Pro. Under the hood, the processor will be paired with LPDDR5 RAM and UFS 3.1 storage. We can expect the phone to launch with 8GB/ 12GB RAM and up to 256GB of internal memory.The phone is confirmed to pack a 4,500 mAh battery. This is similar to other OnePlus flagships. Moreover, it will also support 65W fast charging. The charger is likely to be packed inside the box. Lastly, the phone is confirmed to sport an E4 AMOLED display with a 120Hz refresh rate support.

OnePlus has not confirmed the display size yet. However, rumours suggest that the phone will sport a 6.55-inch Full HD+ display with a 1080 x 2400 resolution. As seen in the leaked design render images, the phone will have a flat display with a hole-punch cutout on the top left corner. Furthermore,

The 9RT is also confirmed to feature a 50MP primary camera sensor. The device could feature the same Sony IMX766 sensor found on the Nord 2. Rumours suggest that the phone’s triple-camera setup could feature an 8MP or a 16MP ultrawide camera along with a 2MP macro sensor.