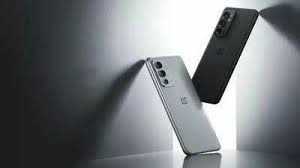 OnePlus after announcing series of devices in India such as OnePlus 9 series, Nord 2 and OnePlus Buds Pro, now gearing up for the launch of OnePlus 9RT in India. The company brought the OnePlus 9RT and the Buds Z2 in October in China. And now, these two devices will arrive in India. However, the arrival date is not out officially yet. But, there is lot more speculations giving hints that the device may arrive soon.

The company will soon bring the OnePlus 9 RT and the OnePlus Buds Z2 in India. Moreover, the latest report from 91Mobiles reveals that there is support page for these upcoming devices on the official website of the OnePlus. Considering that support pages goes live once the launch date appears near, we may speculate that the devices may arrive soon in the country. However, there is confirmation on the launch dates. But, the earlier report gave the idea that the device may arrive in India on 16th December.

Moreover, alongwith the smartphone, the OnePlus Buds Z2 is also going to introduce in India after China. In addition, the recent leak suggest that the company will bring two variants i.e 8GB RAM+ 128GB and the 12GB RAM + 256GB internal storage configuration. Talking about specifications, the upcoming OnePlus 9RT will arrive with 6.62 inch E4 AMOLED display with 120Hz refresh rate. In addition, the device will get power from the Snapdragon 888SoC. Furthermore, the device will get camera features such as 50MP primary Sony IMX766 sensor with OIS. Lastly, the device houses 4500mAh battery with 65W fast charging support.