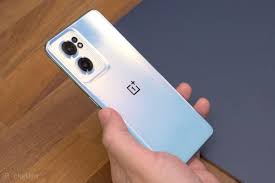 OnePlus is gearing up to bring the next Nord series under moniker OnePlus Nord 3. The company recently launches the Nord CE 2 Lite 5G in the country alongwith other devices. Moreover, there is latest report suggesting that the upcoming device’s launch seems imminent as it is surfacing online. Furthermore, now, the device appears on the company’s official website hinting at its sooner launch. But, there is no confirmation from the company regarding the launch dates. There is report suggesting that device with codename Meili enters the private testing recently in the country. Thus, there is possibility that the launch may be around the corner.

Moreover, the tipster Mukul Sharma found the device on Official India website. But, other than this there is no official launch dates or Specifications listing on the Website. However, there are rumors that the upcoming OnePlus Nord 3 testing phase has already started. Thus, the device may arrive sometime in June or July.

Moreover, talking about specifications, there are reports suggesting that the device may get power from an Octa-core MediaTek Dimensity 8000 SoC. In addition, the device will feature 6.43-inch AMOLED display with 90Hz refresh rate. The device will house 4500mAh battery with 150W fast charging support. Other than this, there are no details regarding the upcoming Nord 3 on the internet.