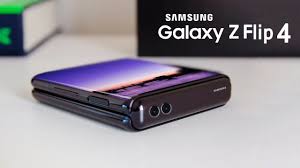 Samsung is working to bring its next foldable smartphone after the huge success of Galaxy Z Flip 3 and Fold 3. Moreover, the brand is leading the foldable smartphone market with its best selling smartphone Galaxy Z Flip 3. Now, the company is planning to bring the Samsung Galaxy Z Flip 4 with some improvements and upgradation in its predecessor. Although, the Flip 3 was best selling and in demand, it has one major drawback of small display. In addition, the Galaxy Z Flip 3 has 1.9-inch cover display, and the external screen larger than the 1.1-inch panel. Furthermore, the company is now fixing the issue by bringing larger cover display in the upcoming Galaxy Flip 4.

Moreover, the report from Ross Young from DSCC, suggest that the upcoming Samsung Galaxy Z Flip 4 will have bigger cover display by 2-inch from previous one. However, there is official confirmation from the company. But, with larger display, the brand enables users to make good use of larger display with new software features. In addition, the upcoming Flip 4 will get slightly larger display as that of Flip 3. Furthermore, there is no official confirmation on the launch dates from the brand. But, there are reports suggesting that the device launch is months away. Thus, the company may reveal more details as the launch date appears near.