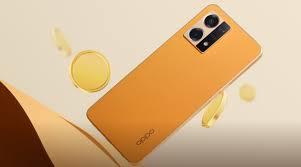 Oppo is now all set to bring the upcoming F21 Pro series in India on April 12. Moreover, the company earlier confirms to launch the F21 Pro and F21 Pro Plus at the launch event. But, now the company is likely to launch both F21 Pro 4G and 5G variants in the event. In addition, there was report suggesting the specifications of the upcoming Oppo F21 Pro 4G that arrives Indonesia as Oppo Reno 7. And now, in the recent development, the reliable Tipster Sudhanshu Ambhore reveals complete specifications of upcoming F21 Pro 5G variant.

The company is now ready to bring the Oppo F21 Pro series as the devices are already surfacing online. Moreover, ahead of April 12 launch event, there is leaks continuously online revealing the details of one or ther device. In addition, there is new leak from Tipster suggesting the complete specifications details of the F21 Pro 5G Variant. As per the tipster, the device will feature a 6.43-inch AMOLED FHD+ display with 60Hz refresh rate. Moreover, the device gets triple rear camera setup with 64MP primary camera lens. Alongwith 2MP macro sensor and 2MP depth sensor. Additionally, the front camera will have 16MP sensor.

Moreover, the company will get power from the Snapdragon 695 SoC with 8GB RAM and 128GB internal storage. In addition, the device will run Android 11 out of the box with colorOS 12 layer. The device will house 4500 mAh battery with 33W fast charging support. Furthermore, the tipster suggest that the device will get two color options including Rainbow Spectrum and Cosmic Black.