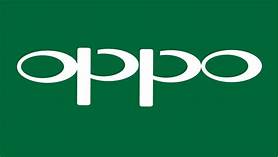 we have multiple flagship smartphones from OPPO this year and several others are still on the list of upcoming smartphones. There are reports that few smartphones are under development and are expected to go official in the upcoming months this year. Moreover, there is a rumor that there is a new smartphone from OPPO which has cleared its TENAA certification. However, the name of this smartphone is still unknown. This unknown Oppo smartphone has appeared with top-of-the-line hardware that will put it up against the features of the iQOO 8 series and others.

This unknown smartphone was on the certification listing via TENAA. TENAA is the Chinese mobile authentication platform. Moreover, the smartphone with model number PEYM00 was on the TENAA listing which is expected to be of OPPO company. However, this is not the first time the certification website has certified an Oppo labeled smartphone without an official moniker. Moreover, the TENAA listing has currently revealed the full specifications of the OPPO smartphone with model number PEYM00. However, there is no image leak of the phone so we have no idea how does the phone look like. But, in the upcoming days, we expect it to get revealed.

The TENAA listing updates all the key features and specifications that Oppo PEYM00 is going to provide in the market. The listing suggests that the device will have Octa-core processor with a 3GHz clock speed. However, there is no information about the name of the processor. Moreover, the report hints that it may have Snapdragon 888 Plus or a Dimensity 1200 processor. These processors will have modern days flagship devices. Thus, you can assume that OPPO is making an ultimate premium device. Furthermore, the Oppo PEYM00 will have 6.43 inches AMOLED display supporting 1080*2400 pixels FHD+ resolution and 20:9 aspect ratio. In addition, the panel may have a 90 Hz or 120Hz refresh rate.

Talking about the camera, the TENAA listing reveals that the rear panel may have three cameras with the primary sensor of 64 MP lens and follow by 8 MP ultra-wide and 2 MP sensor. In addition, the selfie camera has a 16 MP lens with a punch-hole setup. Moreover, it will have Android 11 OS and an in-display fingerprint scanner.

The TENAA listing also suggests that the smartphone will have modern 5G network support and will come with a 4400 mAh battery with rapid charge technology. Moreover, you may get this smartphone in three colors that are blue, black, and silver.