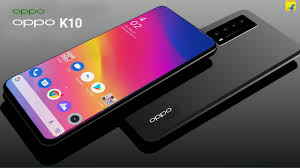 The company is now working on its next smartphone Oppo K10 that may arrive soon. Moreover, the device appears on 3C certification website with model number PGCM10 hinting at its imminent launch. In addition, as per the listing, the device will have charger with model number VCB8JACH. This confirms that this charger will be the 80W fast charging support for Oppo SuperVOOC support. Furthermore, as far as it’s looks is concerned, the device will be premium mid range affordable smartphone. In addition, the device is creating buzz with its superfast charging support and powerful camera alongwith great display. The upcoming Oppo K10 will arrive only in Chinese market for now. However, the report states that it may be available in other markets as rebadged version.

Moreover, as per new report, the upcoming device will arrive with Dimensity 8000 processor which has slightly lower GPU performance. In addition, there are speculations that the upcoming Oppo K10 may arrive in coming month or weeks. As the device appears on certification websites, we may also expect company to tease some information regarding the device.