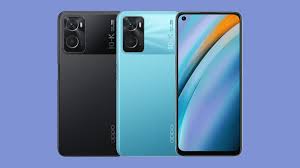 Oppo is going to bring the Oppo K10 series in China shortly. Moreover, there are new teasers from the company revealing the key specifications of the upcoming two K10 series arriving in India. In addition, the company will launch the standard K10 along with K10 Pro on April 24. These devices are already surfacing online hinting its offerings. Furthermore, in the recent development, the standard Oppo K10 appears on Geekbench certification website. The website reveals the key specifications of the upcoming device and it’s processor.

The company will debut the Oppo K10 in China on April 24 that is different from Indian Variant. Moreover, the K10 Chinese variant appears on Geekbench certification website with model number PGJM10. As per the website, the device will get power from MediaTek Dimensity 8000 processor. Thus, this will be the first device to feature this Processor. In addition, the processor has peak clock speed of 2.7GHz that is less as that of 2.85GHz speed of Dimensity 8100 SoC. The processor will get accompanied with Mali-G610 MC6 GPU. Furthermore, the listing shows that the device will carry 12GB RAM. However, there are chances that the device will also have 8GV RAM options. Additionally, the device scores 920 in single core test and 3725 in multi core test.

Moreover, the listing confirms that the upcoming Oppo K10 Chinese variant will run Android 12 with colorOS out of the box. In addition, the other reports and leaks suggest that the device features a 6.59-inch FHD+ IPS LCD display with 120Hz refresh rate.