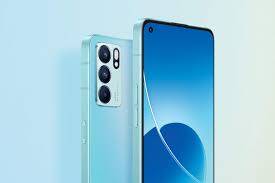 Oppo recently launched the Reno6 series. And now announces a new variant specifically for the Indian market as the Reno6 Pro 5G Diwali Edition. Moreover, there is also rumours suggesting that the company started to work on the Reno7 series. In addition, the brand will launching the successor of the Reno6 series this year itself. According to Chinese tipsters reveals some of the details of the vanilla Reno7.

The OPPO Reno7 vanilla variant will be launched with an identical fascia as its predecessor Reno6. Moreover, this information comes via Digital Chat Station. In addition, according to the tipster of Chinese microblogging website the upcoming Reno7 will have identical design as its predecessor. This means we will get to see an iPhone like design with flat edges. Furthermore, the Reno7 will have a thinner chin bezel compared to the Reno6 and punch-hole positioned on the upper left. And the device will have a full metal frame and a vertical camera module at the rear. As per the tipster, the device will carry three camera at the back. The volume keys will be positioned on the left while the power key will be placed on the right panel.

Moreover, the tipster currently reveals only the design aspects of the vanilla Reno7. The specifications and features are still under wraps. In addition, there is still to know whether the Reno7 series will have the design aspect or also have the similar hardware features as Reno6. However, if the reports suggesting an upcoming launch are true, then the company might confirm the details in the upcoming months.