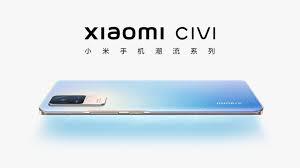 Xiaomi is all set to announce its new smartphone Xiaomi Civi on September 27 in China. As per the rumors, the Xiaomi CC series launched in 2019 will now be rebranded with some upgraded features as the Xiaomi Civi. Moreover, the design of this new series came out recently. The latest development is that, the company confirms few features of this upcoming Xiaomi Civi before launch.

The company uses the official Weibo account of Xiaomi to reveal the few key specs of the upcoming device. According to that, the phone will feature the Qualcomm Snapdragon 778G processor powering several mid-range devices. It includes Realme GT Master Edition, Galaxy A52s, and others. Moreover, the company also reveals that the phone will house a 4500mAh battery. In addition, the device will measure 6.98mm in thickness and weighs 166gram. This is all the revelations made by company regarding its upcoming device.

Furthermore, according to previous leaks and reports, the device will come with curved display and anti-glare glass at back. Moreover, the phone excludes chargers in the box. The device will have triple- camera setup at the rear panel including a USB Type-C, microphone and more. Last month, the device was on TENAA with model number 2107119DC revealing the similarities with the Xiaomi 11 Lite NE 5G. This device is launching in India on September 29. Most of the features of upcoming Xiaomi Civi series are under wrap. However, we can say the device will be a mid-range offering from Chinese brand competing with other brand’s devices at the same price range.