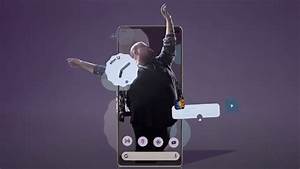 After the launch of the iPhone 13, the specifications leak came out of the upcoming Google Pixel 6 Pro. The report suggests that the Pro model will not feature Active Edge. Moreover, this means that the user may no longer be able to squeeze the sides of the Google phone to activate Google assistant. The reports from XDA states that users can instead double-tap the rear panel to activate the assistant. In addition, the Pro model gets support for Battery to share reverse wireless charging, which the Standard Pixel 6 does not have.

Furthermore, the report reveals that the Pixel 6 Pro will feature a 6.7-inch display with 3120*1440 resolution with a 120Hz refresh rate. This was also confirmed by Google previously. In addition, the report claims that Users can experience a 120Hz refresh rate even at 1440p resolution. The Pro model will also support variable refresh rates. However, the display enters a lower power state, it will switch to a lower refresh rate of 10Hz or 30Hz. Moreover, the Pixel 6 series will arrive with Ultra-wideband technology for tracking nearby objects. Google will also use Samsung’s Exynos 5123 5G modem coupled with Mali-G78 GPU and will come with 12GB of LPDDR5 RAM.