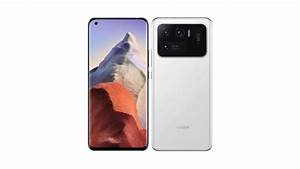 Xiaomi has been working on the upcoming smartphone Xiaomi 12. Previously, this device was known as the Xiaomi Mi 12. There are many leaks already in the market that surfaced online. However, a new leak gave us details about the camera on the device. According to the report, the Xiaomi 12 will have a 50MP triple camera setup on the back, which includes 50MP sensors on the telephoto, ultra-wide, and the primary wide sensor. Moreover, it is expected to have a 5X Periscope Zoom functionality. It is said that Xiaomi has been working on a 10X Periscope Zoom feature from beforehand.

Based on previous leaks, it seems that Xiaomi is dropping the 108MP camera setup on the Mi 11 and the Xiaomi Mi MIX 4 before this. Furthermore, earlier rumors also said that the Xiaomi 12 will feature a 200MP rear camera sensor from Samsung, which doesn’t seem like the case either. The latest development on leaks suggests that the Xiaomi 12 is still in the design verification stage. This means that still changes may happen. However, companies do make last-minute changes to their devices.

Talking about the Xiaomi 12, it will feature an LTPO AMOLED display. It has an adaptive refresh rate switching between 1Hz to 120Hz dynamically. In addition, the device will draw power from the Qualcomm Snapdragon 898 chipset. This is an update to the Snapdragon 888 chipset. Moreover, Xiaomi 12 will have LPDDR5X RAM inside which will offer maximum data rates of between 6400 Mbps and 8533 Mbps. The rumors suggest that the Xiaomi 12 will run Android 12 out of the box. And supports 5G connectivity, Bluetooth 5.2, and WiFi 6.