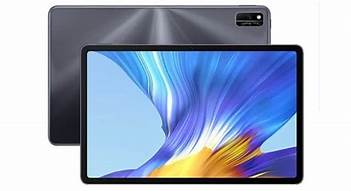 Realme is launching its devices consistently marking its position tight in the smartphone market. There are reportedly many devices from Realme appearing on various certification websites. Moreover, Realme is bringing budget-friendly smartphones as well as laptops in the coming days. There are reports suggesting that Realme is soon going to launch Realme Pad. The team of Bestopedia found Realme Pad on Geekbench websites. The model number RMP2102 on the listing confirms that this device is Realme Pad. The device appeared on the Geekbench listing for benchmarking purposes. There are many leaks surfacing online regarding the specifications and pricing of this Realme Pad.

Realme Pad on the Geekbench listing

The listing reveals that this upcoming Realme Pad will run Android 11 out of the box. In addition, this upcoming device come with 4GB of RAM and get powered by MediaTek G80 SoC. The device scores 326 in the Single-core test and 1144 in the multi-core score on Geekbench 5. This is all we get from the Geekbench listing.

Previous leaks are suggesting, the Realme Pad will feature a 10.4-inch OLED display with 60Hz refresh rate. Moreover, the pad measures 6.8mm in thickness and would have an aluminium unibody design. The device would house 7100 mAh battery with fast charging support. In addition, it will get powered by MediaTek Helio G80 SoC.

Furthermore, the Realme Pad will come with 8MP rear camera and 8MP front facing camera. Suprisingly there is no LED flash at the rear panel of the pad. Moving further, at the bottom of the device, it has four speakers, a USB Type-C port and another slot for holding the stylus.

Realme has not announced the launch dates of Realme Pad yet. However, we expect the launch to take place around 9th of the September. Moreover, the pricing of this pad is not confirmed till now. But, considering the history of affordable prices of Realme, we expect it to be around Rs. 20,000.