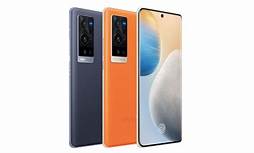 Vivo is going to launch the Vivo X70 series in India in September which is the successor of the Vivo X60 series. There were reports suggesting that Vivo would launch the Vivo X70 series in partnership with the Indian Premier League. Moreover, this next-gen smartphone series will include the regular Vivo X70, Vivo X70 Pro, and Vivo X70 Pro Plus exactly the same as the Vivo X60 series. In addition, the company may add Vivo X70t and Vivo X70t Pro later this year. Before the launch, there are many leaks that surfaced online suggesting the key specs and image renders regarding this series. The latest development on this was the images shared by tipster Ben Geskin on the Twitter handle.

The tipster does not reveal any information but the image shared gave hints to the design of the upcoming smartphone. Moreover, on the basis of previous leaks and renders we have an idea about the Vivo X70 series offerings. The Vivo X70 will feature a 6.56-inch display with a 120Hz refresh rate and FHD+ resolution. The smartphone will get power from MediaTek Dimensity 1200 processor with the Samsung Exynos 1080 chipset. In addition, the report suggests that the phone will have a triple rear camera setup. It will include 40MP primary camera lens with a 12MP secondary and 13MP tertiary camera. The smartphone will house a 4400 mAh battery with 44W fast charging.

Furthermore, the Vivo X70 Pro will feature almost similar to the standard Vivo X70. However, this smartphone will come with a Quad rear camera setup. It will comprise 50MP primary camera with a 12MP secondary and 13MP tertiary alongside an 8MP periscope camera with 5X optical zoom. Talking about Vivo X70 Pro Plus, it is the top-tier model of this series. It will feature a 6.78-inch curved OLED display with 10-bit support and a 120Hz LTPO refresh rate. Moreover, the phone will be powered by Snapdragon 888+ Soc and have a 4500mAh battery with 55W wire fast charging and 50W wireless charging support. Additionally, the rear camera supports the Samsung GN1 Sensor with a 12MP camera and an 8MMP periscope with 5X optical zoom.