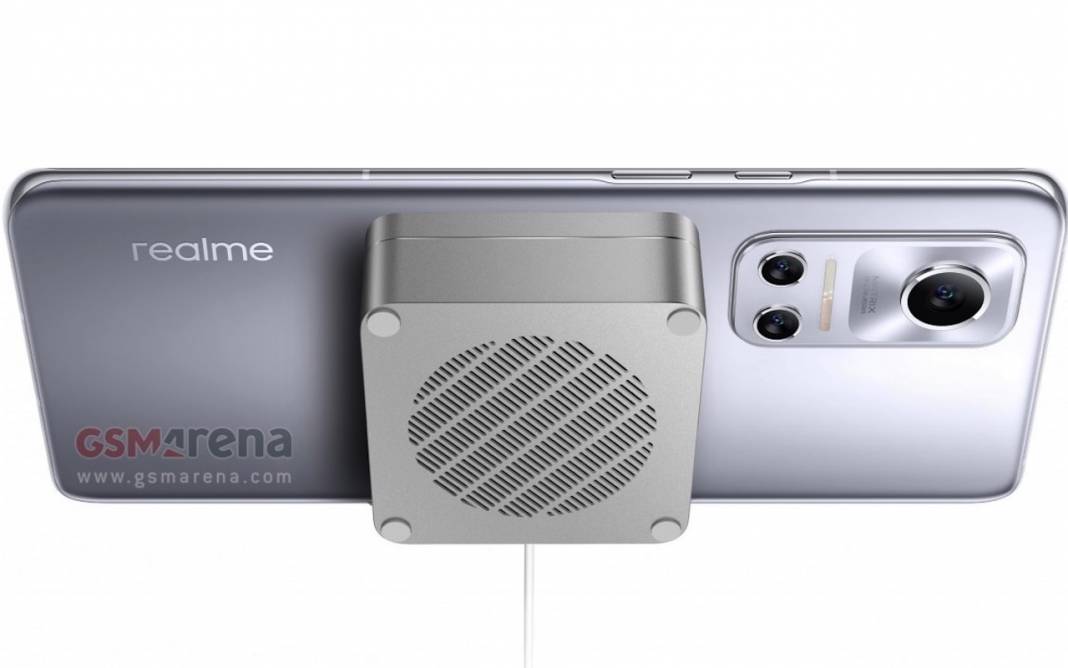 Realme is holding an event today where they would launch Realme MagDart chargers and a new phone. This event will witness the introduction of the Realme Flash phone that supports wireless charging. However, there are glimpses of the Realme flash phones all over the internet. Moreover, the leaks that are in the air suggest Realme is not only coming up with wireless charging. But, likely to introduce Realme MagDart, and along with that, there will be a MagDart wallet.

According to the leaks, the flash phone will have a MagDart wallet stuck at the back of the phone. Moreover, the tipster says that the wallet is slightly sleeker and thinner as compared to the MagSafe wallet. However, looking at the leaked glimpses, we find that the MagDart wallet will have an aluminum foldable stand. Along with this, it has 3- card pocket where you can keep three cards inside the wallet. In addition, the leaks suggest that the wallet will be of High-quality vegan leather to give an extra premium finish. Moreover, same as the Magsafe wallet, MagDart also magnetically attaches itself to the back of the flash phone. Thus, considering this feature, Realme flash phone will be first Realme phone to come with both wireless and magnetic charging.

However, the design will be familiar with OnePlus phones, but for Realme Users it’s going to be a thrilling experience. Since the specifications were leaked via screenshot shared by tipster suggests that the Realme phone will have supreme features. The phone will come with a Qualcomm Snapdragon 888 along with 12 GB RAM and 256 GB storage capacity. Moreover, it shows that the Realme Flash may come in two colors either silver or grey. But, for sure Realme will introduce few more color options.

After talking about all the leaked information, it will be exciting to witness the announcement of the Flash realme phone along with the MagDart wallet. The announcement will be today at 5.30 pm.