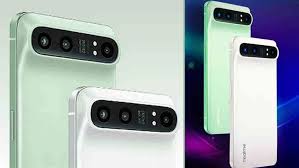 Now, the second one is the ‘World-first’ feature that includes presence of Ultrawide camera with 150 degree field of view. However, other than this there is no details about the camera specs of the device. In addition, the company confirms some other hardware specifications that includes the Fisheye mode for the GT 2 series devices. Furthermore, the device third innovative feature is the presence of an Antenna array Matrix system having three sub technologies. There will include Ultrawide band antenna switching (HyperSmart) technology, a WiFi Enhancer and 360 degree near field communication (NFC) technology.